We have developped a reinforcement learning strategy to do automatic screwing operations under a car body with a collaborative robot. This project was done with RENAULT Technocenter. 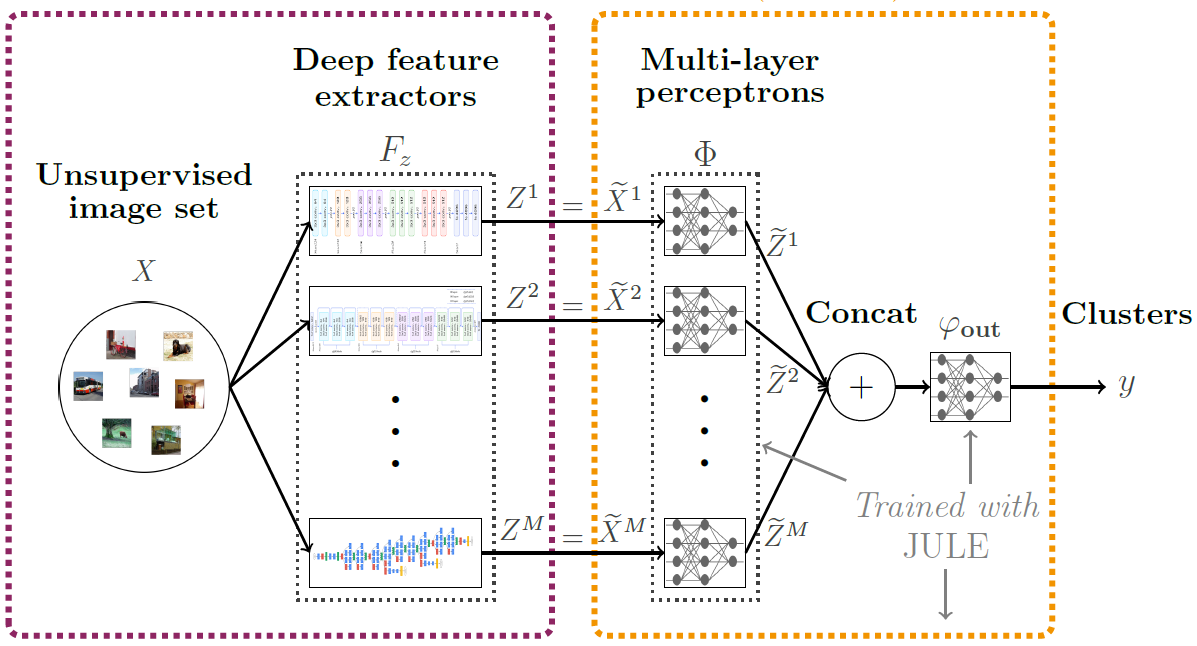 A new article accepted in Neurocomputing with my colleagues Joris Guérin (LAAS), Stéphane Thiery, Eric Nyiri (Arts & Métiers) and
Byron Boots (University of Washington) .
This paper aims at providing insight on the use of pretrained CNN features for image clustering. Extensive experiments show that the choice of the CNN architecture for feature extraction has a huge impact on the final clustering. They also demonstrate that proper extractor selection for a given IC task is difficult. We propose a multi-input neural network architecture that is trained end-to-end to solve MVC issues.

Recently I have been studying differential geometry, including Riemannian geometry. When studying this subject, I found that the argument from this point-of-view to be very elegant, which motivates me further to study geometry in depth. This writing is a collection of small notes (largely from Lee’s Introduction to Smooth Manifolds and Introduction to Riemannian Manifolds) that I find useful as a reference on this subject. 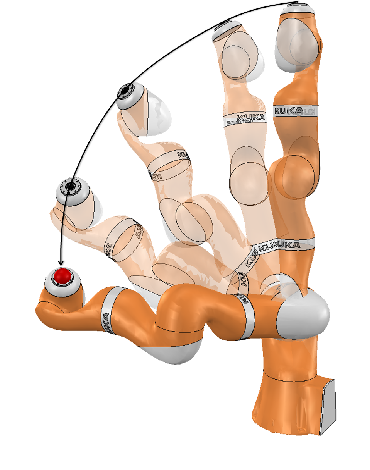 To ease the development of robot learning in industry, two conditions need to be fulfilled. Manipulators must be able to learn high accuracy and precision tasks while being safe for workers in the factory. We extend previously submitted work which consist in rapid learning of local high accuracy behaviors. By exploration and regression, linear and quadratic models are learnt for respectively the dynamics and cost function. Iterative Linear Quadratic Gaussian Regulator combined with cost quadratic regression can converge rapidly in the final stages towards high accuracy behavior as the cost function is modelled quite precisely...

In this video, we propose a fast learner grasping pipeline able to grasp objects at a specific location few minutes after being taught by an operator. Our motivation is to ease reconfiguration of robot according to a specific task, without any CAD model, nor existing database, nor simulator. We build a CNN pipeline which performs a semantic segmentation of object, and recognizes authorized and prohibited grasping location shown during demonstration. For that we have simplified the input space, created a data augmentation process and proposed a light CNN architecture allowing learning in less than 5 minutes. Validation on a real 7-DOF robot shown good performances depending on the object, with only a one-shoot operator’s demonstration. Performances remain good when grasping similar unseen objects, and with several objects in the robot’s workspace using few demonstrations.

Collaborative Robotics for Assembly and Kitting in Smart Manufacturing. European R&D project being conducted as part of the European Commission’s Horizon 2020 (H2020) program.

ColRobot: Human/Robot collaboration for screwing application into a Renault van

Collaborative Robotics for Assembly and Kitting in Smart Manufacturing. European R&D project being conducted as part of the European Commission’s Horizon 2020 (H2020) program. 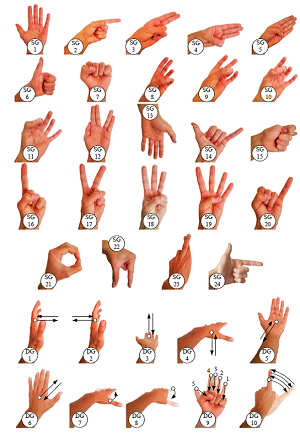 We propose a novel way of solving the issue of classification of out-of-vocabulary gestures using Artificial Neural Networks (ANNs) trained in the Generative Adversarial Network (GAN) framework. A generative model augments the data set in an online fashion with new samples and stochastic target vectors, while a discriminative model determines the class of the samples. The approach was evaluated on the UC2017 SG and UC2018 DualMyo data sets. The generative models’ performance was measured with a distance metric between generated and real samples...

One of the most ubiquitous applications in the field of geometry is the optimization problem. In this article we will discuss the familiar optimization problem on Euclidean spaces by focusing on the gradient descent method, and generalize them on Riemannian manifolds. 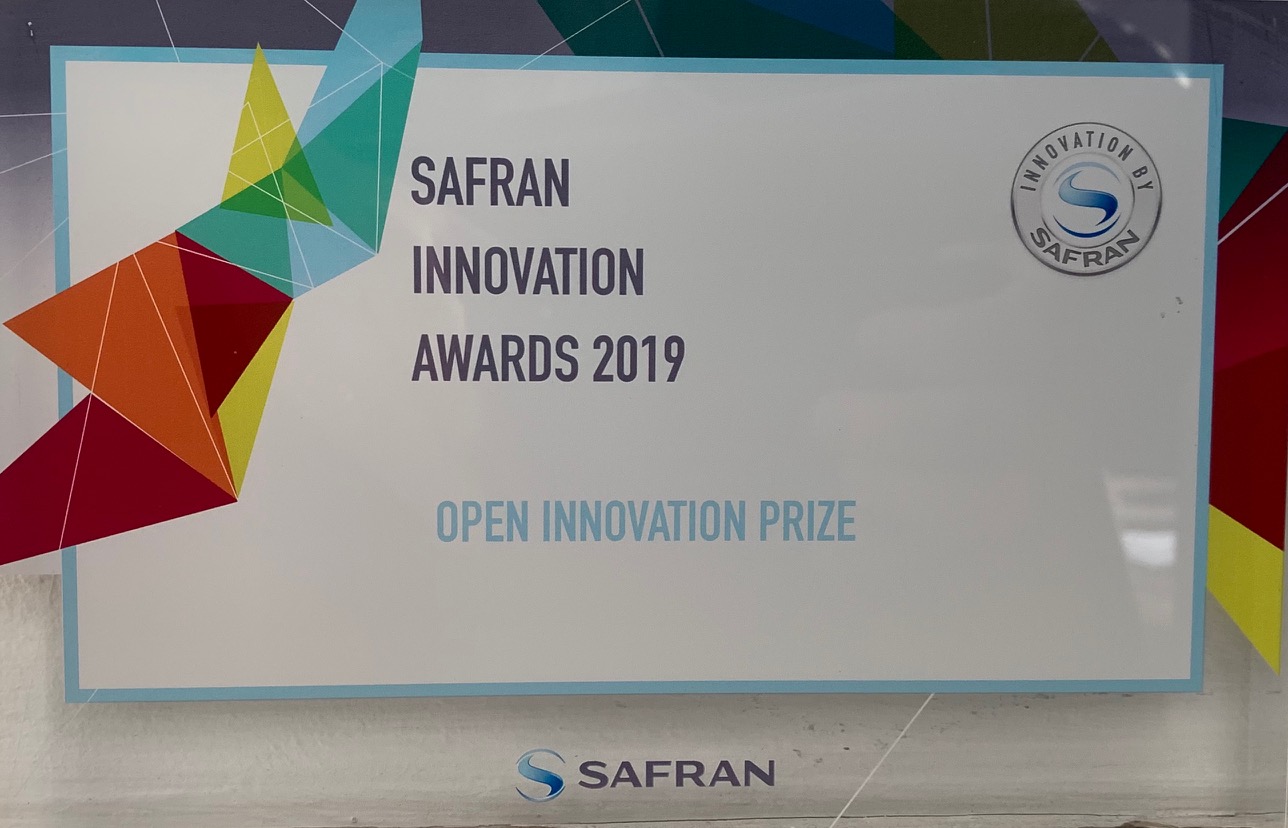 The Zodiac Aerospace team conducted by Emmanuel Frère has been awarded by Safran in February. The Lille Campus was involved in the calibration and the kinematics parts of the mobile kuka robot.